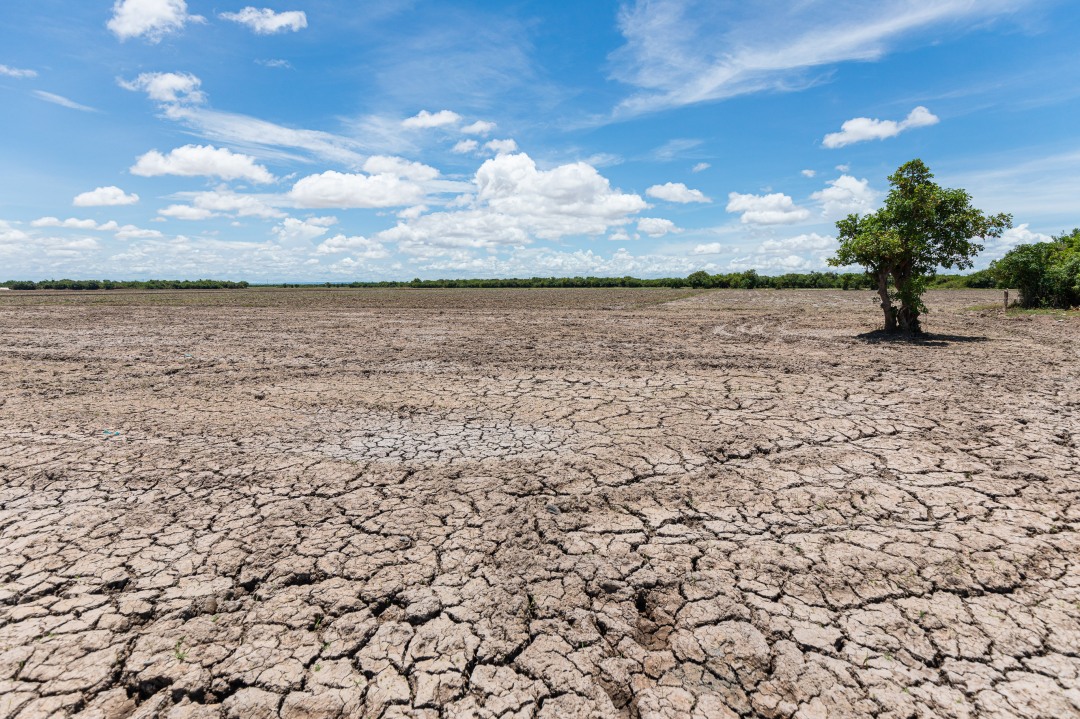 Negatively affecting food production and livelihoods, land degradation diminishes the quality of soil and disrupts overall land utility. In certain respects, land degradation is the natural process of erosion caused by seasonal weather conditions (annual flooding, winter storms, seasonal heatwaves). However, degradation is also caused, and in many respects exacerbated, by human activities, such as agricultural and infrastructural development, urbanization, deforestation, and climate change. According to the World Health Organization (WHO), land degradation has accelerated during the 20th century because of increased livestock production, namely over-cultivation, overgrazing, and forest conversion. Prolonged and unbridled land degradation can lead to severe drought and desertification, making it difficult for soil to retain water and grow food.

In Cambodia, desertification is not a pressing issue. However, issues such as soil erosion, deforestation, inappropriate agricultural practices, diminishing biodiversity, and natural disasters caused by climate change are collectively contributing to land degradation. Consequentially, these factors are jeopardizing agricultural production, food security, and the economic livelihoods of rural Cambodians.

In 2018, the Cambodian government drafted and approved the National Action Program to Combat Land Degradation (NAP). The comprehensive report highlights some of the pressing concerns facing the country, including deforestation in Kampong Speu and Takeo, soil erosion in Mondulkiri, and soil acidity in Svay Rieng. Deforestation contributes to soil erosion, rising temperatures, and erratic weather patterns, all of which are not conducive factors for growing food. Complicating the scenario further, Cambodia’s growing population increases demand for food, meaning more land is required for agricultural development.

Another pressing issue facing Cambodia is the diminishing effectiveness of the nation’s life-sustaining watersheds. The Sesan River, Sekong River, and Sre Pork River, along with the Tonle Sap Lake, collectively form 37 watersheds. These watersheds support 250 irrigation systems and sustain approximately one million hectares of farmland, according to the NAP. Soil erosion contributes to increased sedimentation in streams and rivers. Increased sedimentation disrupts some plant growth by limiting photosynthesis, while stimulating growth of other invasive plants, such as algae, through an influx of nutrient rich sediment.

Coupled with drought and severe flooding, Cambodia’s watersheds are left vulnerable, posing a direct threat to food and water accessibility. According to a joint report by the Cambodian Ministry of Environment and the United Nations Environment Programme (UNEP), most agricultural areas are rain-fed, as only 16.62 percent of total rice growing areas are irrigated. However, a large percentage of Cambodia’s food production stems from irrigated farms. The concentrated demand for irrigation, combined with erratic rainfall patterns (too much water in the wet season and not enough rain in the dry season) directly jeopardizes production viability of farmland.

“Due to the decrease in the quality of watershed services and the increase in sedimentation in the downstream areas, about 56 percent of the existing irrigation systems cannot be operated fully,” read the NAP.

If land degradation is not addressed, once fertile land will deplete in productive value. Said another way, viable farmland will not produce abundant amounts of quality food, placing a heavier burden on irrigated farmland. As farmland continues to lose its productive value, rural Cambodians will continue to flock to city-centres in search of work.

In 1997, the Kingdom of Cambodia ratified the United Nations Convention to Combat Desertification (UNCCD), and since then has implemented several mitigation tactics to address land degradation. Two key projects addressing land degradation include Strengthening Resilient Livelihoods (SRL) and Collaborative Management for Watershed and Ecosystem Service (CoWES).

SRL was designed to reduce the vulnerability of rural Cambodians through investments in small-scale water management infrastructure, technological improvements in resilient agricultural practices, and capacity building support. These initiatives are currently underway in 89 communes and 10 districts in the Siem Reap and Kampong Thom provinces.

Working from the local level, resilient agricultural practices have been widely successful. To date, project coordinators have discussed land degradation mitigation tactics with 825 households in targeted areas. In the coming year, appropriate training and technical provisions will be provided for these households, as well. The aim is to encourage climate-sensitive farming and food production, as well as greater economic security.

To ensure communities are set up for success, one component of the project incorporated stakeholder engagement between communes and NGOs, as well as the development of a Community Livelihood Improvement Plan (CLIP). CLIP essentially helped three target communes mainstream project actions into commune plans (a commune investment plan and a five-year commune development plan), ensuring adequate implementation and maintenance by the community and for the community.

Several different training workshops on watersheds, composting, natural pesticide use, and homemade livestock use were also provided to 19 sectors from both the national and sub-national level. Sustainable Land Management (SLM) practices were also introduced to small landholders to demonstrate the connectivity between soil, water, and Cambodia’s forests. Building on the skill development of small landholders, the project also initiated private sector partnerships and land concession opportunities for large landholders.

Finding a sustainable solution to land degradation is not a simple feat. Nuanced complexities regarding the nation’s growing demand for food and the economic viability of agriculture must be considered when implementing policy. Agricultural and infrastructural development strain Cambodia’s natural resources; however, such factors are conducive to pulling people out of poverty. While it’s true that excessive land degradation will lead to deepening climate vulnerability, and that hard numbers on GDP are not a holistic representation of overall prosperity, a balanced solution incorporates the productive value of development. Although difficult to solve, ground-up initiatives are addressing the issue by empowering Cambodians most affected by land degradation.

I go by the name of Cassandra Jeffery and I hail from Sudbury, Ontario, Canada; however, I've lived in several different Canadian cities, Mannheim, Germany, and I'm currently residing in Kuala Lumpur, Malaysia. I have a passion for sharing truth, I have a love for the written word, and I live for exciting, new challenges. Love to travel, eat, read, drink wine, and explore. I have a fascination with telling stories and I often find myself immersed in different cultures and actively listening to different perspectives. View all posts by cassandrajeffery